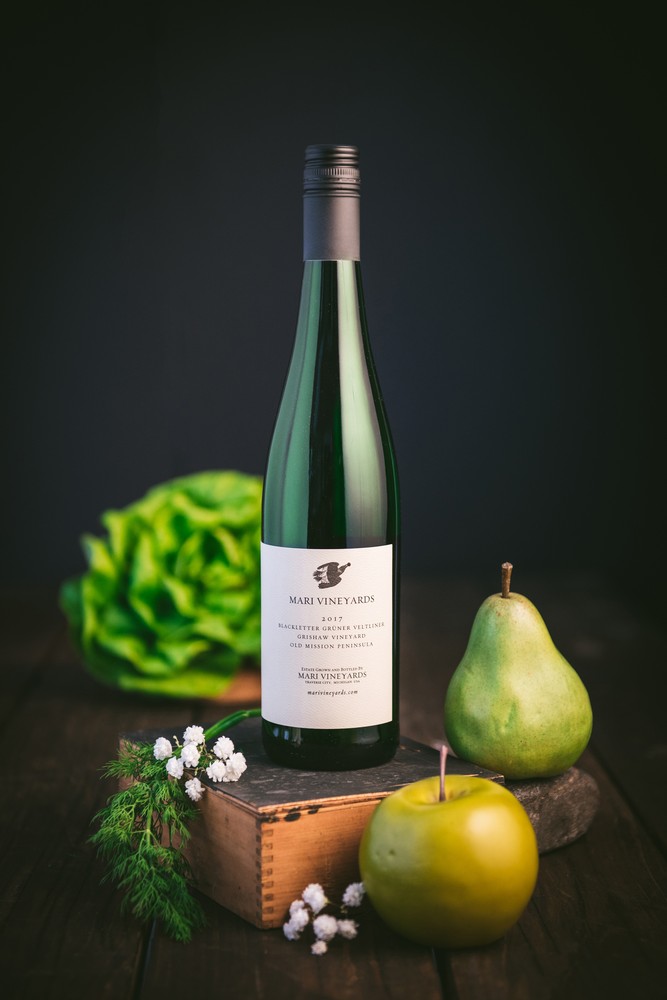 WHITE PEPPER. CELERY SEED. DELICATE.
In Stock
Be the first to review this item »

Philosophy
Blackletter was the first printing press font type, used by Johannes Gutenberg in the mid-15th century. It maintained much of the handwritten calligraphic style from the time as a feature of the new technology. A similar balance between tradition and modernity is reflected in Winemaker Sean O’Keefe’s philosophy—much of winemaking is based on traditional old world techniques, but technology has advanced the scientific side of the industry and become integral to the process.

Flavor Notes
2018 brought a warm summer followed by a cool autumn, resulting in a lower alcohol level. Despite this, Grüner Veltliner is an early ripener and still developed a lush flavor with fullness and acidity. Grüner is known to exhibit herbal notes, and this
vintage shows white pepper, celery seed, and lemon pith. A creamy mouthfeel imparted from lees aging meets a slight astringency from the grape skins, creating an interesting texture. A reductive wine, this Grüner will benefit from decanting in order to experience the best aroma and flavor.

Pairings
Grüner’s fuller body and refreshing acidity provide an opportunity to pair with heavier dishes, like traditional Austrian wiener schnitzel. Incorporating flavors like ginger, coriander, cumin, and lemon into hummus, tabouli, or baba ganoush will compliment similar flavors in the wine. Grüner is known as one of the most versatile pairing wines.

Vinification
The grapes were harvested in two parts: the first third was picked on September 29th, 2018 for bright acidity and freshness, with the other two thirds picked on October 4th for a softer acidity and ripe flavor. The first part fermented in stainless steel tanks, while the second part fermented in an oak Stück. The first part was racked once on March 11th, 2019, but the second part remained on its gross lees to the end. This allowed the stainless portion to maintain its zippy fresh quality while the Stück portion built body and complexity on its lees. The two parts were blended together on August 23rd, 2019 and bottled shortly after on September 27th.

Cellaring
Grüner Veltliner has an amazing ability to age, it’s just a matter of when you want to enjoy it! We recommend drinking now through 2033, but it will still continue to evolve in flavor after that time.