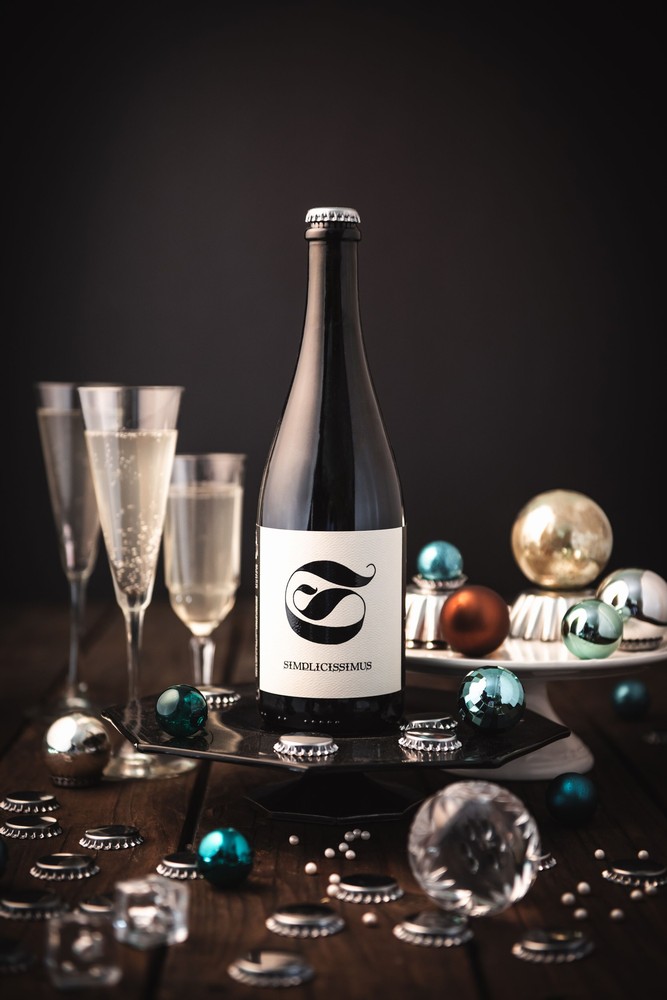 CRISP. LEMON CURD. PINEAPPLE.
In Stock
Be the first to review this item »

Flavor Notes
The 2019 vintage is clean and crisp with refreshing fruitiness. Lemon curd, pineapple, and green apple notes add a ripeness to this otherwise bone dry wine. Made from a cooler year’s harvest, the Riesling grapes were perfect for sparkling wine and evolved into, what we think is, our best vintage of Simplicissimus yet!

Vinification
The wine was made in the ancestral method in a very hands-off style. The grapes were harvested from Grishaw on October 26th 2019, and from Irish on October 28th. Non-traditional yeast Torulaspore Delbrueckii was used to ferment the base wine, with no further additions besides the ambient cellar yeasts already existing in the environment. Primary fermentation was halted early by chilling the juice, leaving 22 g/L of naturally occurring residual sugar. The wine then aged sur lee in the tank for 6 months, adding to the body and complexity of the base. We then lightly filtered this base wine and on June 17th, 2020 we sent it to Bonobo Winery to be bottled with a crown cap. It returned to us one week later, underwent secondary fermentation, and aged for seventeen months on its bottle lees. In December 2021 the bottles were sent to Bonobo for riddling, disgorging, and topping off with more of the same wine to finish.

Food Pairings
Celebrate sparkling wine by enjoying the Simplicissimus as a apéritif, or pair with seafood like briny oysters and flavors like ginger and lemongrass.
“What does sparkling wine not go with?” - Sean O’Keefe

Cellaring
Designed to be enjoyed now, but could age to 2027.

Simplicissimus is a difficult way of saying something simple. This thought can be applied to how we made Simplicissimus. The “hands off” approach and unique fermentation was a more complex way to create this wine than the usual traditional method. The name has multiple inspiring origins, two of which are detailed below: