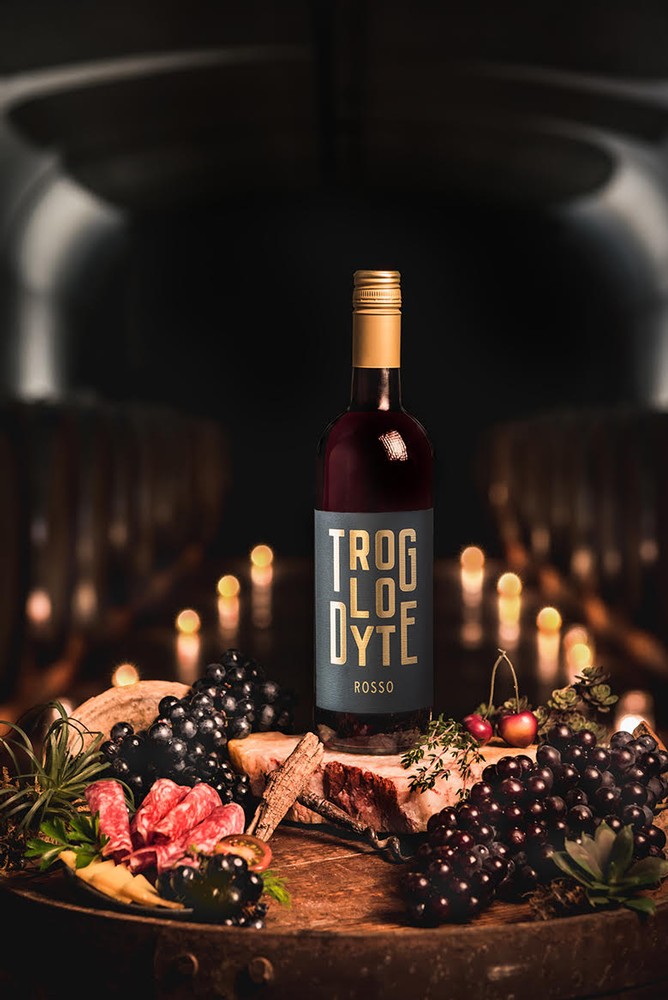 Winemaker Sean O’Keefe believes in balance through blending. This philosophy is a driving force behind the Troglodyte wines—the individual varieties forgo the spotlight in favor of a seamless blending of textures and flavors. For a long time, winemakers ran away from acidity while chasing big bordeauxs, but in this case the Teroldego adds a refreshing acidic feel and tannic edge to a majority Pinot Noir blend.

Ripe cherries and juicy red fruit—influenced by Pinot Noir, followed by vanilla from time in oak. Gritty tannins from Teroldego balance softer Merlot and add weight to this softer vintage.

The Pinot Noir from Bella Vista was harvested on October 9th, 2020 and destemmed partially, keeping some whole clusters on the stem to ferment in open top bins, undergoing partial carbonic maceration. The Pinot Noir from Grishaw was picked just afterwards on the 13th. Both lots were pressed on October 29th and transferred straight into older oak demi muids. The Teroldego and Merlot were harvested October 19th and co fermented in a red wine tank until November 12th when they were also transferred into older demi muids. A separate batch of Merlot began aging in newer barriques. On December 22nd, once malolactic fermentation was complete, we racked the Teroldego/Merlot barrels, transferring them back into the same demi muids. After aging for eight more months, the three varieties were blended together and the wine was later filtered on September 14th and bottled on the 16th, 2021.

This wine is drinking fine now but will benefit from some aging. Cellar now through 2027 to watch it evolve.

is a name that was chosen by owner Marty Lagina meaning, “cave dweller”. Originally a term of derision, we believe it’s amusingly appropriate for how our winemaking team dwells in the Mari wine caves. The Troglodyte line features varieties sourced from our six estate vineyards with an intent on balanced blending.

This wine is excellent! This is so smooth. We had a glass and had to come back the next day to get 2 bottles.

Had my first wine from here today, and yes I will be ordering more. All around a perfect wine.